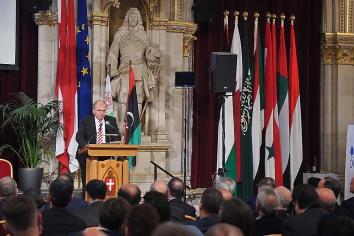 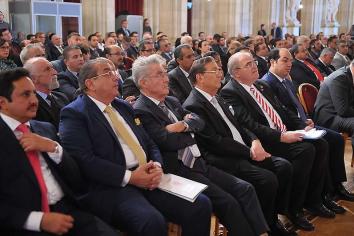 Visit the PHOTO GALLERY of the 10th Arab-Austrian Economic Forum!

Under the Patronage of

Federal President of the Republic of Austria

Union of the Mediterranean (UfM)

The "10th Arab-Austrian Economic Forum" is organized by the Austro-Arab Chamber of Commerce together with the City of Vienna / Vienna Business Agency - Expat Center, and the Regional Center for Renewable Energy and Energy Efficiency (RECREEE), and in cooperation with regional and international partners,  such as the United Nations Industrial Development Organization (UNIDO), and the Union of the Mediterranean (UfM).

For this year’s “10th Arab-Austrian Economic Forum”, we are pleased to announce the expected participation of official representatives from EU institutions, international organizations, funds, European and international financial institutions as well as ministers and high-ranking personalities from the Arab economy, together with representatives of the local economy, politics and business community.

The "10th Arab-Austrian Economic Forum" also provides a great opportunity for networking, marketing and promotion of positions on highest level, making Vienna the  centre of economic interaction between Austria and the Arab countries during the period of the Austrian EU-presidency in the second half of 2018. 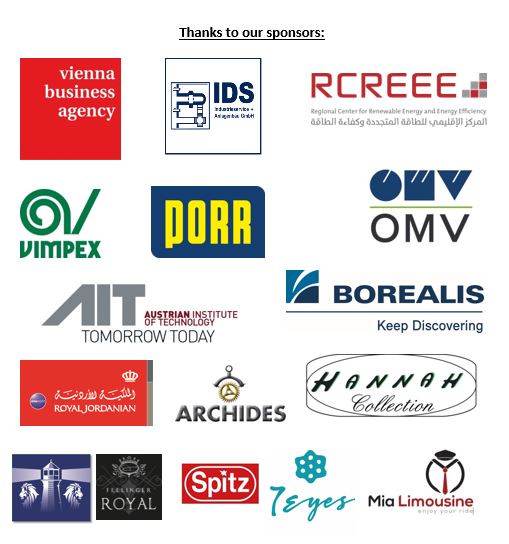 Attachments to this page